Discover the cultural places of the island

Location in the World

The island of Saint-Barthélemy (nicknamed St Barth in French or St. Barts in English) is a French overseas collectivity situated in the Lesser Antilles, 25 km from the island of Saint-Martin and 200 km north of Guadeloupe.

This small Caribbean island extends over an area of 24 km2, 10 km from north to south and 2 km from east to west, with a 32 km long coastline.

Saint-Barts forms part of an archipelago made up of several islets. In 2021, the population will exceed 10,000 inhabitants. “Morne de Vitet" is its highest point (286 metres).

Gustavia is the island's main town and is divided into several large districts including Saint Jean with the iconic Eden Rock Hotel. It was the first hotel on the island and was built on a rock in 1953 by Remy de Haenen, the pioneer of aviation in the Caribbean. 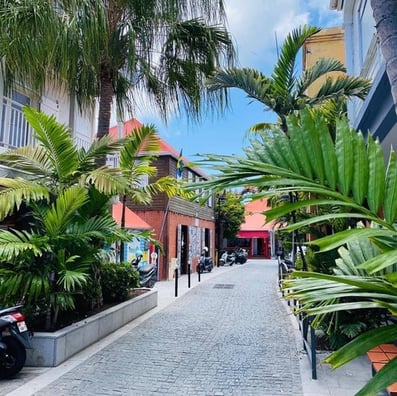 Lorient is popular with surfers. Its cemetery became famous in 2017, when the singer Johnny Hallyday was laid to rest there. In Colombier, you can admire the most beautiful sunsets and one of the nicest beaches in St. Barts, after a twenty-minute walk. 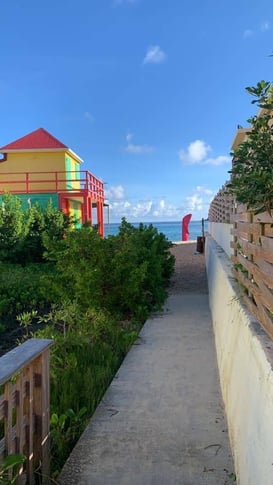 Luxury tourism remains the main tourist activity on the island.

The history of St Barth's political affiliations has been tumultuous.

"Ouanalao" was the first name given to the archipelago. The island was discovered by Christopher Columbus on his second voyage to America in 1493 and named after his brother, Bartolommeo. He claimed the island for Spain.

In 1648, for the first time, Saint Barts was occupied by the French under the command of Philippe de Longvilliers. From 1651 to 1656, the Order of Malta settled there but abandoned it in 1659. France then took over.

In 1784, the island was given to King Gustav III of Sweden in exchange for port rights in Gothenburg. The Swedish West India Company was founded (with a royal monopoly on all Swedish trade via St Barts). The main village is named Gustavia, after the king.

Three forts protecting the harbour were built: Oscar, Karl and Gustav. The Anglican Episcopal Church on the harbour front was built in 1855.

Trade brought prosperity to the island until a terrible hurricane and earthquake destroyed it, weakening many of the trading companies. The island was sold back to France in 1878.

In 1946, St Barts was administratively and legally attached to Guadeloupe.

In 1957, David Rockfeller bought a 27 hectare property for a few thousand dollars. He gradually attracted those from the jet set lifestyle from all over the world and the island quickly became a popular tourist destination for the wealthy.

Following a referendum on 21 February 2007, the two islands of St Barts and St Martin decided to leave the guardianship of Guadeloupe to become two fully autonomous Overseas Collectivities (COM).

The island's Coat of Arms

In 1977, the Archives de France requested each commune and department to have a "symbolic urban mark".

As a symbol of its rich history, Saint-Barthélemy's coat of arms has three symbols:

It is located on the ground floor of the recently restored Wall House building, dating from the Swedish colonial period 1784-1878. There is a library on the first floor.

It displays many aspects of the cultural heritage of the island of St Barths, old objects, traditional costumes and local art.

Free entry. Allow one hour for the visit. Open every day except Sunday.

Fort Karl was one of the three forts that surrounded Gustavia in the times of Swedish rule. On a small hill, it overlooks Shell Beach and offers a beautiful panorama.

Dinzey House, built around 1820, is a survivor of the great fire of March 1852. It has been restored by its owner, the Swedish Honorary Consul. It is listed as a historical monument.

The Swedish battery of Fort Gustav III. The fort was built in 1787 and consisted of a barracks and buildings including a guardhouse and a wooden hut. Only the stone part of the guardhouse and the cisterns remain today. Fibreglass cannons are a reminder of Gustavia's days as a fortified town.

The Swedish bell tower of the Protestant church Sophia Magdalena 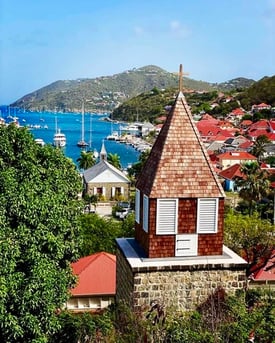 It was one of the first works carried out by the Swedish settlers on St. Barts' soil. Unveiled in July 1787, the church served as a place of worship for Lutherans, Anglicans, Catholics and Methodists. Badly damaged by the 2 August 1837 cyclone, it was torn down in 1857. The remaining bell tower, listed since 1995 as a historical monument, suffered the collapse of its upper wooden part and the weakening of its bases after Hurricane Irma hit in September 2017.

The Governors' House. Built in the 1780s, it became the Swedish Governors' Hotel (1785-1877), then the Gustavia Town Hall in 1878 until 13 December 2001. It is currently closed for renovation. Listed as a historical monument

Presbytery of the Catholic Church

The church, completed in 1829, was severely damaged by a cyclone on 2 August 1837 and was only reopened after five years of work. 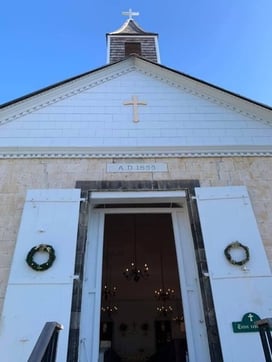 The main façade is Spanish in style and has a single vaulted opening. The interior is minimal. The floor is partially marble. Listed as a Historical Monument

Notre-Dame de l’Assomption Church. This is the most important religious monument on the island. Completed in 1850, the church was destroyed several times by pirates or severe weather and always rebuilt. The bell tower served as a landmark for sailors. The bell was cast in Nantes in 1860. Listed as a historical monument

The site is perfectly set up to leave a pleasant impression of the lighthouse visit. The viewpoint is worth the trip. 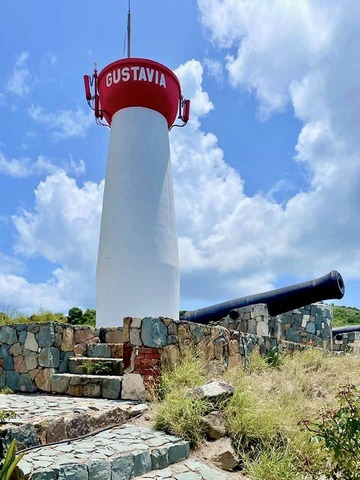 Built before the Second World War, the lighthouse was used to guide warships. Today it is the essential landmark for all sailors, although it is somewhat lost in the other lights of the city.

Renamed in August 2000, its name commemorates the return of the island to France after 93 years of Swedish rule. 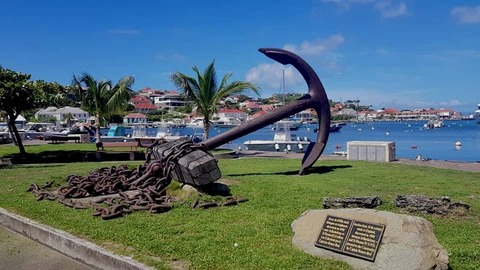 The square is decorated with a sea anchor. Weighing 10 tons and made in England, it was found in 1981, then hung on a tugboat.